OUR VISION AND MISSION

Our vision is to establish community-based forests that provide both critical habitat for increased biodiversity and improved regional economic vitality.

Our mission is to acquire, protect, restore, and manage forestlands and other related resources in the Redwood Region for the long-term benefit of the communities located there.

By purchasing and sustainably managing the once great redwood forests surrounding the communities of the redwood region in northwestern California, we will provide a social, environmental and economic benefit for all of our citizens by returning net profits directly back into the communities served.

Why We Are Concerned

Millions of acres of industrial lands are being sold each year in the United States. Until now, many of these timberlands have been managed to provide short term economic gains. This has resulted in depleted forest ecosystems leading to a contentious public debate. The ability of a non-profit corporation to purchase these forestlands will break this cycle as well as enhance community opportunities.

Cutover forestlands do not have the same appeal for preservation as old-growth. However, they are just as important in terms of large, landscape-scale protection and restoration of habitat. Read More 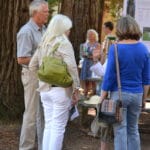 The jobs created by the sustained flow of forest products will provide a family-friendly income. The long-term profits will benefit the community through augmentation of existing county budgets for education, roads and public welfare. Finally, the forest will provide a space for young and old to enjoy in culturally diverse ways. 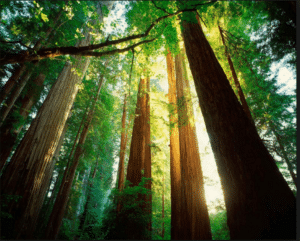 RFFI wants its forest management practices to demonstrate respect for the integrity of forest systems. Sustainable habitat will benefit our community and our forest industry by providing high quality water, air, and forest products along with the open space that north coast residents treasure.

Why We Are Concerned

Millions of acres of industrial lands are being sold each year in the United States. Until now, many of these timberlands have been managed to provide short term economic gains. This has resulted in depleted forest ecosystems leading to a contentious public debate. The ability of a non-profit corporation to purchase these forestlands will break this cycle as well as enhance community opportunities. 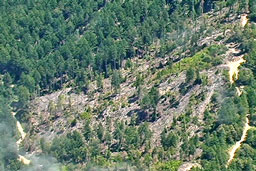 Cutover forestlands do not have the same appeal for preservation as old-growth. However, they are just as important in terms of large, landscape-scale protection and restoration of habitat. The income derived from active forest management and recreational opportunities will enable us to buy large forest tracts for their restoration, conservation and open space value, and pay back the incurred debt.

Given the past history of forest management conflicts in the Region, there is unprecedented cooperation among the very diverse members of the RFFI Board of Directors. With the universal goal to manage these lands for social, environmental and economic benefits, the Board works successfully on a consensus basis. 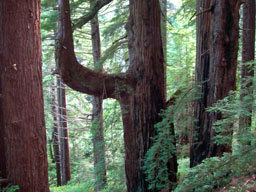 OUR STAFF AND CONSULTANTS

OUR BOARD
RFFI MEMBERS

Kathleen Moxon has been involved in economic and community development in rural northwestern California for the past 30 years. She currently runs Redwood Coast Rural Action (RCRA), a four/five county community leadership network focused on work best addressed by the collective region (www.redwoodcoastruralaction.org ). Current projects include deploying broadband across all communities in the region, building regional alliances for industry cluster development, gathering the regional priorities for state policy development and facilitating a working group focused on determining the feasibility of a regional investment fund.

She has been a speaker or panelist presenting on rural economic and community development for many groups across the nation including Economic Development Administration, Rural Development Initiatives, Northwest Area Foundation, California Association for MicroEnterprise Opportunity (CAMEO), W.K. Kellogg’s Rural People Rural Policy initiative and the National Rural Funders’ Collaborative.

She began her career with 15 years as a commercial credit officer for Bank of Loleta, a community bank on California’s north coast. She then moved to the Executive Director of Arcata Economic Development Corporation (AEDC) where she built and managed their high risk credit pool and developed a microloan program as well as managed Foodworks, a 20,000 sq. ft. food processing incubator. In 1996, she left AEDC to join Humboldt Area Foundation, the regional community foundation, with the job description ‘do something to fix the economy’. The region has since become known statewide and nationally for its collaborative economic development efforts entitled Prosperity: the North Coast Strategy which has, for the last 10 years, focused on growing rural industry clusters (www.northcoastprosperity.com).

Retired from Bank of America as Senior Vice President Public Policy in 2004 after twenty years with the bank.  While at the bank, she had responsibility for the Bank of America Environmental Program and was responsible for strategic planning, initiating, communicating and sustaining environmental initiatives.    She reported to senior management  but worked closely with bank management, other businesses and non-profit groups and bank associates on various initiatives and collaborations on climate change, recycled paper, forestry issues and urban sprawl.   Providing input on other socially responsible issues with the policy team at the bank including sustainability, health insurance and executive pay was another function she preformed.

Prior to taking on the environmental policy role, Candy was a division finance officer in charge of all financial analysis and accounting functions for  various division business units.  She reported to the division CEO.

Candy came to the bank from Deloitte Haskins and Sells as a CPA .

While enjoying retirement, she lives and is involved in the community of Elk,  on the Mendocino coast

Mike Balok is a Relationship Manager in American AgCredit’s Capital Markets Group where he focuses on lending to the forest products industry.  Prior to joining American AgCredit in 2012, Mike was a Managing Director at Bank of America Merrill Lynch where he managed its forest products group for over 20 years, closing over $100 billion of financial transactions including dozens of timberland financings.  He was instrumental in structuring the long-term financing provided by Bank of America for the 2007 acquisition of the USAL Redwood Forest.  Mike received a BS-Chemistry from Old Dominion University and an MBA from the University of Virginia.  He lives in Marin County and joined the RFFI board in 2012.

For 40 years Heidi Knott worked as an independent film-maker and radio program author. She directed the Ecomedia Institute in Freiburg, Germany, which organized an International Environmental Film Festival and reached out to the countries of the former Soviet Union with film packages for environmental education. Since 1999 she has been living in Anderson Valley, Mendocino County, where she has continued with documentary filmmaking, some of it for RFFI, and is involved in community issues. Heidi is familiar and well-informed about with RFFI’s development as an organization. She served on the RFFI Advisory Committee, was recognized as one of RFFI’s first “Outstanding Volunteers” in 2009. She has played a key role in helping RFFI to secure grants and other funding, while helping to hone RFFI’s message in print and digital media. Heidi has been a Board member since 2010.

Richard is a long-time restoration practitioner and forest/watershed advocate. In 1971 he started homesteading in the Mattole Valley and Northwest Mendocino County, helping to raise three children through their formative ages with their mother. Since the mid 1970s he has been deeply involved in actual watershed restoration, and positive engagement in improving forest practices – with an emphasis on the integration of restoration in the regulatory process. This has been done in conjunction with private, non-profit, and government organizations and individuals too numerous to list here. One special focus for many years is to achieve needed reforms through comprehensive examinations of real forested Planning Watersheds by a real range of disciplines and stakeholders – making findings and recommendations that will implement those reforms.

His formal education education includes engineering and architecture. In 1993 Richard received, jointly with Leo Cronin, the Nat Bingham Restoration Achievement award from the California Salmonid Restoration Federation (SRF). In 2000 he received a Community Builder Award from the California Assembly, and in 2003 was honored by the National Oceanic and Atmospheric Administration’s Environmental Hero Award for efforts to protect and recover healthy Coho Salmon populations. He continues to serve, representing the Sierra Club, on the California Coho Recovery Team. He has been a RFFI Board member since 2008 [?] and has chaired the Restoration Committee for several years.

His early career, starting in 1974, was spent as a forestry technician/marking crew foreman at the U.S. Forest Service’s Mad River Ranger Station on the Six Rivers National Forest. In 1986, he transferred to the Bureau of Indian Affairs (BIA) in Hoopa as a forester. When the Hupa Tribe took over its own management from the BIA after 1989, Bill worked as their Tribal Timber Sales Officer for ten years. Bill has written or helped write numerous forest management plans for Indian lands and reservations, mostly in California, but also in Utah, Arizona, and Michigan.

In 2000 Bill joined the Forest Stewardship Council (FSC-US) as Senior Forester. He worked in the Washington, D.C. office and opened the western FSC office in Arcata. Bill’s primary duty with FSC-US was to coordinate the development of regional certification standards specific to the U.S., to supplement the FSC Global Principles and Criteria. Through this process he observed some of the best forestry operations across the country and abroad, as well as the challenges associated with improving forest practices while maintaining economic viability and social engagement.

Bill lives with his wife Jamie in Burnt Ranch, Trinity County. His personal interests include overseas travel, homesteading, swimming and snorkeling in the Trinity River, archaeology, reading about science and science fiction, and grandparenting.

The Redwood Forest Foundation, Inc. is a 501(c)(3) non-profit organization that is dedicated to establishing community- based forests that provide both critical habitat for increased biodiversity and improved regional economic vitality.

Your donation will seed a sustainable future

Donations add to RFFI’s capital fund and will be used to support RFFI operations. They may also be used to match grants or loans to purchase forest lands and improve their health by protecting water, soil and air quality, plant and animal habitat. Donations will help fund forest management practices as outlined in the existing Forest Stewardship Council’s (FSC®) Pacific Coast Regional Guidelines and RFFI’s Basic Tenets and Goals.