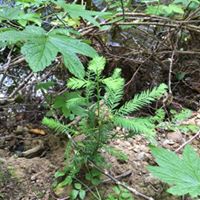 Last year, California Roots Music Festival made a concerted effort to be more green. Food was served using compostable plates and utensils, bike and skateboard use was encouraged with a valet service, and there were bins for composting and recycling. If that doesn’t sound like enough earth-friendly stuff to you, then you’re not alone. Apparently California Roots felt the same way, which is why they’re upping their efforts this year and planting 800 redwood seedlings. According to festival co-producer Dan Sheehan, planting the trees — which are some of the tallest in the world and can live longer than 2,000 years — serves two purposes. On the one, more than 95 percent of our country’s old-growth redwoods have already been cut down, so by planting new seedlings, we’re ensuring future growth. On the other hand, being environmentally friendly works in conjunction with the festival’s whole ethos (as well as some reggae music).

“Cali Roots is more than just a music festival,” he says. “It’s a movement and a way of life. It’s about developing and sustaining our community, and that involves protecting our environment.”

The trees will be planted in partnership with the Redwood Forest Foundation on an 80-acre plot of land in Point Arena, California that belongs to a nonprofit called This Will Take Time.