Climate Action
From The Ground Up

The Redwood Forest Foundation’s (RFFI) work in our forests addresses climate change, catastrophic forest fires and drought simultaneously while enhancing the ecology and economy of the region.

Our work (RFFI) supports three of the five natural solutions recommended in the October Intergovernmental Panel on Climate Change and other recent scientific reports.

“What Role Do Forests Play in the Emergence of Viruses Like Covid 19?” 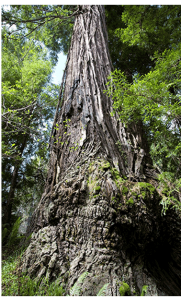 The Redwood Forest Foundation has received interest, support and questions from around the globe from individuals seeking solutions to the conditions that contribute to the novel corona virus pandemic. “What do forests have to do with the current pandemic?” “Can we work on the COVID-19 pandemic and climate change at the same time?” “What is the connection between diminishing biodiversity and the pandemic?”

Scientists suggest that these issues are inextricably linked. Certainly, the emphasis now must be treating the ill, preventing the spread of infection and developing testing, tracing, treatments and a vaccine. While our valiant health care workers and scientists are addressing those critical issues, RFFI is working with partners around the globe to address deforestation, habitat destruction, loss of biodiversity and climate disruption- all of which contribute to the emergence of zoonotic viruses like Covid-19 that travel from animals to man. How?   Read and listen to more information about these connections.

The Redwood Forest Foundation, Inc. (RFFI) believes we as a community have choices! In the 1980’s in the throes of the “Timber Wars” a violent confrontation raged between industrial and environmental interests. The stakes were high. People died. And the Redwood Forest Foundation emerged as a sane, uniting voice in the midst of violent disagreement. Together we carved out a new approach to providing community control over the use and distribution of our region’s natural forest resources. Today we are confronted by this broiling global climate conflict-essentially another dispute over the use of the planet’s resources. RFFI once again finds ourselves uniquely positioned to provide an inclusive, thoughtful, market-based response to a crisis greater than the civilized world has ever faced. RFFI is a small example of enlightened ways in which civilizations undergo transformations.

Join RFFI in moving beyond an old, poorly adapted approach to designing and building an enduring society together. It seems that mankind revolves around carbon! For more than 200 years civilization has derived wealth from prehistoric carbon. We invite you to work with RFFI to transcend the conflicts and pitfalls that loom before us. Move with us to a world that treasures and builds on our strengths, moves beyond conflict to forge a hopeful, productive future. Because RFFI pioneered an innovative market-based strategy for acquiring, utilizing, monetizing and conserving forest resources, we approach this seemingly insurmountable climate crisis with confidence. We believe the same approach that succeeded regionally can pave the way globally. 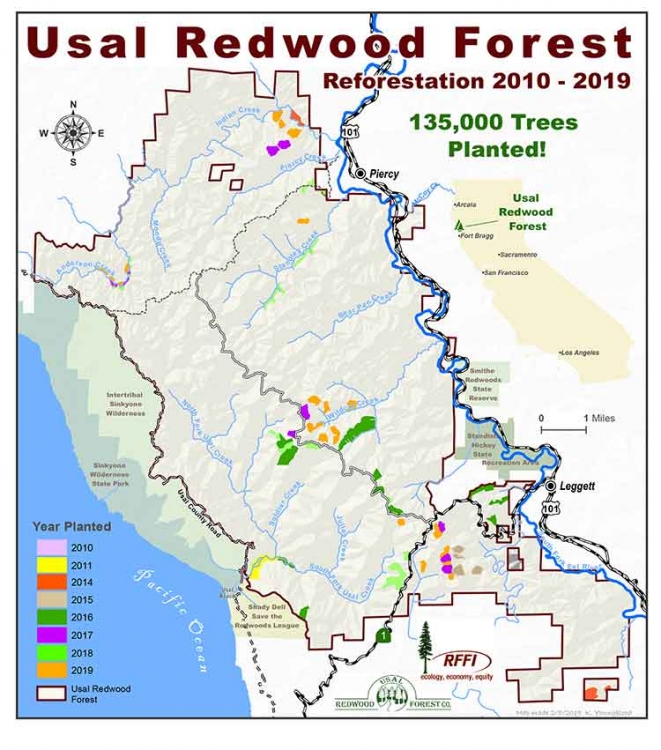 RFFI has planted more than 135,000 conifers, mostly redwoods, in Usal Redwood Forest. An additional 2,500+ redwoods have been planted in other suitable locations. Donations from our Plant a Redwood Now! donors supported planting more than 10,000 of these redwoods.

One of the Nation’s largest forest carbon projects- has sequestered more than 4,829,103 metric ton of carbon.
Read about this important project here. 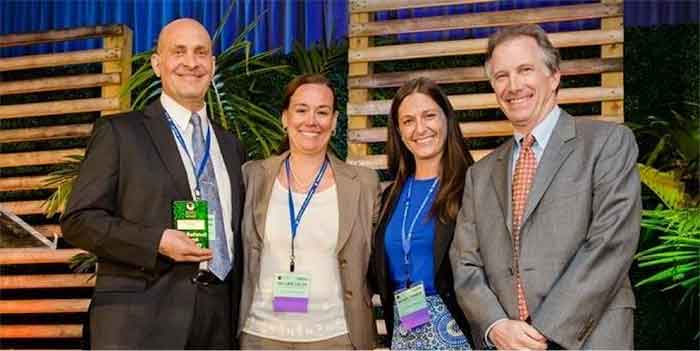 Natural Climate Solutions for the United States Science Advances, 14 Nov 2018
“Part of the Answer to Climate Change May Be America’s Tree and Dirt,” Scientists Say
Climate Change: Five Cheap Ways to Remove CO2 from the Atmosphere
Fourth National Climate Assessment a November 23, 2018 congressionally mandated report on the science of climate change and its risks and adaptations.
Can California redwoods help solve global warming?
The Role of Forest Retention and Restoration in Addressing Climate Change

Give A Gift To The Planet

Support Natural Solutions to Climate Change With a Gift to the Redwood Forest Foundation! 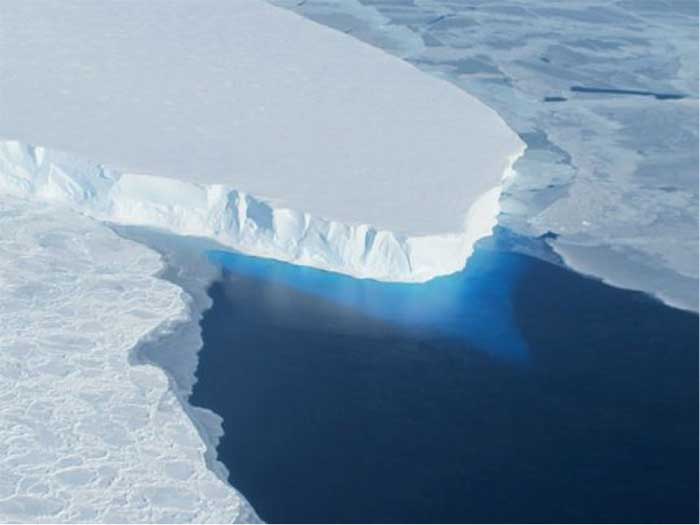 A major ice sheet in western Antarctica is melting causing flooding for coastal residents around the globe. Our work in redwood forests can help address these kinds of global impacts.

“Catching Carbon” is a RFFI Ice on Fire project. RFFI partnership will place 4500 tons of biochar in farms, forests and rangeland in California. 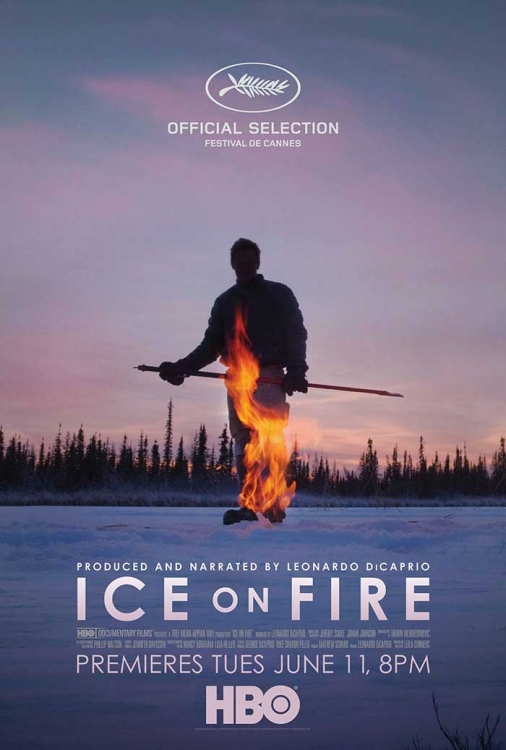 RFFI’s Work as a climate pioneer is featured In the Leonardo DiCaprio HBO Documentary Ice on Fire, a major film on climate change that debuted at the Cannes Film Festival on May 22, 2019. Directed by Leila Conners, of Tree Media, Ice on Fire airs on June 11 at 8:00 PM. 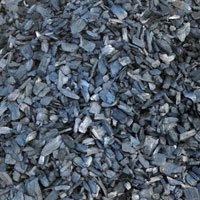 RFFI’s North Coast Biochar ready to go into the soil

Reforestation and forest restoration bring salmon back to our streams