Is it Game Over or Game On?
ICE ON FIRE

The pioneering climate action of the Redwood Forest Foundation (RFFI) is featured in the Leonardo DiCaprio HBO Documentary ICE ON FIRE, airing on June 11, 2019 on HBO. The film premiered to a standing ovation at the Cannes Film Festival on May 22, 2019. RFFI’s work is showcased along with other climate champions who are working strategically to draw down carbon and reduce global temperatures in the face of the growing threat so dramatically captured in this compelling film.

ICE ON FIRE’s stunning cinematography motivates the viewer by capturing the spectacular beauty of our planet, while visually driving home the dire need to take action now. The convincing narrative spotlights the cutting-edge research behind today’s climate science – and carbon capturing practices aimed at reducing carbon in the atmosphere, which could pave the way for the critically needed reduction in the global temperature necessary for sustaining global life systems. 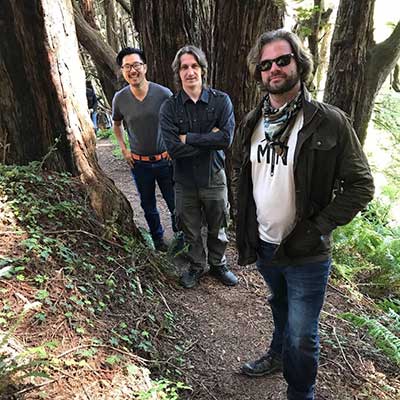 Harun (center) and the film crew in the redwoods

ICE ON FIRE emphasizes the importance of an immediate, two-pronged approach to reversing the crisis: reducing carbon and methane emissions by using traditional renewable energy sources and new ones, like tidal energy; and implementing “drawdown” measures, with an emphasis on drawing down and sequestering carbon by using direct air capture, sea farms, sustainable forestry, tree planting, urban farms, biochar, marine snow, bionic leaves and others.

While much of the political and economic focus has been on the energy sector, the film points out that drawdown, i.e., pulling CO2 out of the atmosphere and oceans and sequestering it underground or into new materials is perhaps the best hope for mitigating climate change in the short term.

This is where RFFI’s work comes in. The Redwood Forest Foundation works at the nexus of three critical natural climate change solutions: sustainable forest management, reforestation and biochar production. All three, as highlighted in Ice on Fire, capture carbon and sequester it long-term.

RFFI’s sustainable forestry practices are an example of one of the top five best Natural Climate Solutions (NCS) outlined in the IPCC and other reports and in the film itself. 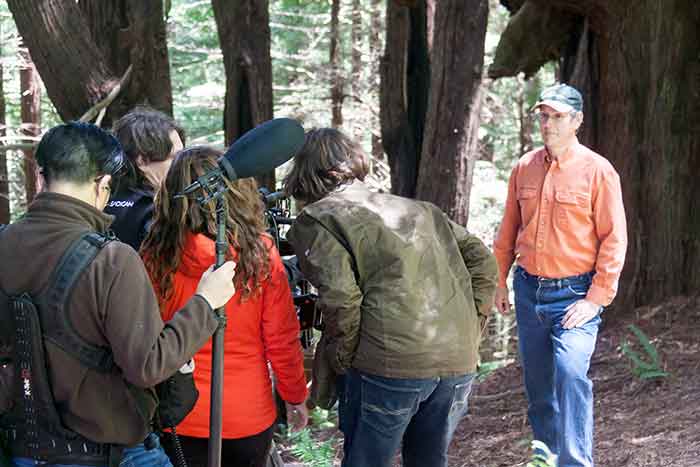 Watch Ice On Fire, with Spanish language sub-titles on You Tube! Go to https://www.youtube.com/watch?v=q2g2DjOOMic to view the first of four segments of the film. 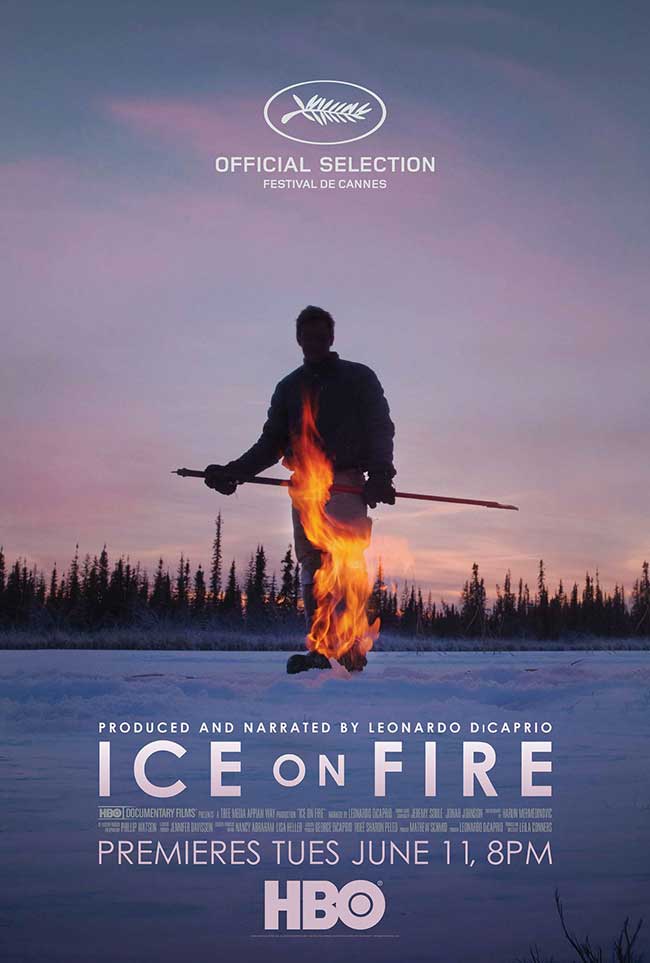 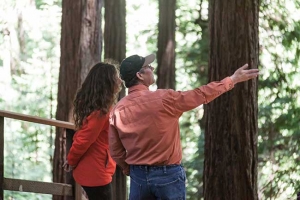 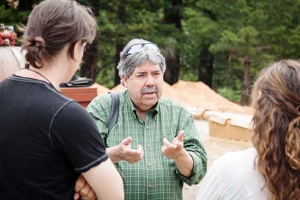 The film’s interviewers took Baltar beyond the redwood region inviting him to describe the role biochar production plays in the Sierras. Converting trees killed by beetles or forest fires into biochar stops the off-gassing of CO2 from the dying trees, and creates a soil amendment that reduces water use and stores carbon in the soil for hundreds if not thousands of years.

Raymond Baltar, RFFI’s North Coast Biochar Project Manager, is interviewed in the film on location about RFFI’s forest-based biochar project which converts competing hardwoods into biochar. Biochar production and placement in the soil is Number Four among those natural climate solutions. It is listed by the IPCC as an “improved agricultural practice.” The benefits are far-reaching. Producing biochar from forest waste that is choking out conifers, consuming water and creating a severe wild-fire threat has numerous carbon sequestration values. Removing hardwoods and brush that would otherwise be killed by herbicides or pile burning has several carbon benefits. First, the dying hardwoods, killed by herbicides give off CO2 as they decay. Secondly pile-burning, the other alternative for removing brush and hardwoods that are choking our forests, spews volumes of CO2 into the atmosphere and often damages the soil. Removal prevents wild-fires which in turn prevents devastating carbon emissions. Converting the dead or dying trees to biochar side-steps this carbon off-gassing process. The biochar is then placed in farms, forests and rangeland where it reduces the need for water and fertilizers and stores carbon in the soil for hundreds if not thousands of years.

Climate Solutions That Are Ready Now!

US National Academies of Sciences, Engineering and Medicine found that some of these relatively inexpensive climate solutions are ready to go now on a large scale:

4 – Improved Agricultural Practices: Including making biochar and putting it in the soil.

ICE ON FIRE director Leila Conners has launched Series One  of a global  “Catching Carbon” fundraising campaign through her Tree Media Foundation. Catching carbon is supporting four carefully selected projects that draw down carbon. Three projects employ strategies from the “Top Five Natural Climate Solutions.” Each restores a different component of the Earth’s system: Oceans, Forests and Soil, while at the same time returning carbon to its natural sinks. The rounded out Series One with an exciting new tech project, Direct Air Capture. The Series One solutions were selected because they have global connections and demonstrated success in providing multiple simultaneous and profound environmental benefits.

RFFI is teaming up with Catching Carbon to launch two regional carbon drawdown projects: ‘EVERGREEN’ a tree planting project and ‘DOWN TO EARTH’ that will place biochar in farm, rangeland and forest soils.

Be part of the Climate Solution. Learn more about Catching Carbon Here: https://www.catchingcarbon.org/ 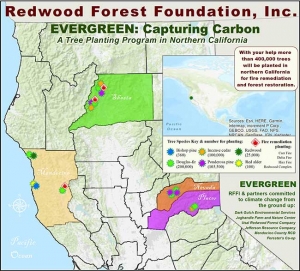 RFFI is recognized for reforestation efforts on and off the Usal Redwood Forest. Tree planting is cited by scientists as the second choice among the National Climate Solutions. Since 2009, RFFI has featured a popular, personalized redwood planting program, Plant a Redwood Now! , supported by donors from around the world. This program will now be modified and expanded to reforest fire-ravaged areas throughout Northern California; the new project, Evergreen, will be sponsored by RFFI and Ice on Fire. In Evergreen’s initial phase foresters are ready to plant more than 400,000 conifers in California forests. Donate here to support Catching Carbon: https://www.catchingcarbon.org/ 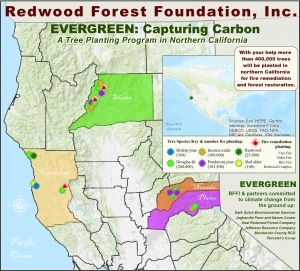 DOWN TO EARTH- A Regenerative Soil Project, Placing Biochar in the Soil

RFFI’s “Down To Earth” is a partnership with Sonoma Ecology Center and Humboldt State University’s Schatz Energy Research Center along with other biochar experts. The coalition is working together to avoid CO2 entering the atmosphere through converting forest and agricultural waste to biochar. This project will be an extension of RFFI’s pioneering North Coast Biochar program.  Biochar will be placed in farmland, forest and rangeland, to heal the earth. The project is the subject of scientific studies of the ecological and economic costs and benefits associated with the entire process. Together with Ice on Fire, we are launching a movement to study, validate, utilize and develop funding to support this important carbon capture phenomenon.
Donate here to support Catching Carbon: https://www.catchingcarbon.org/ 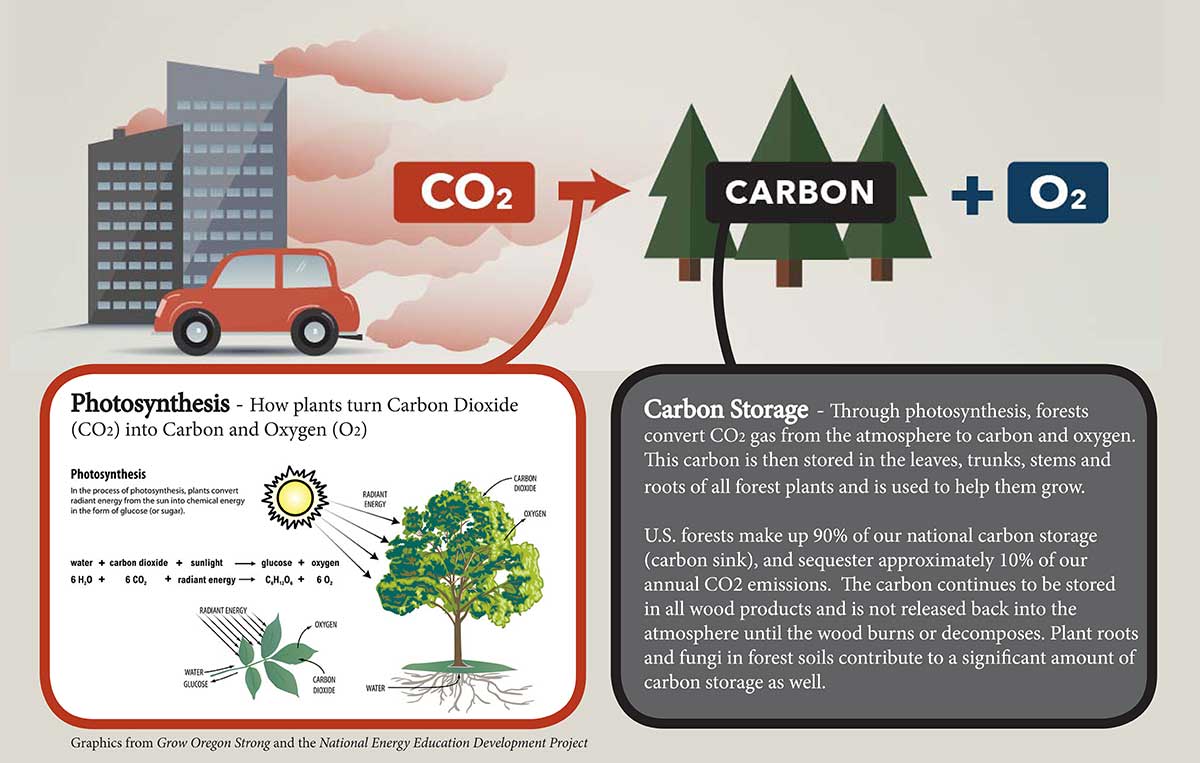 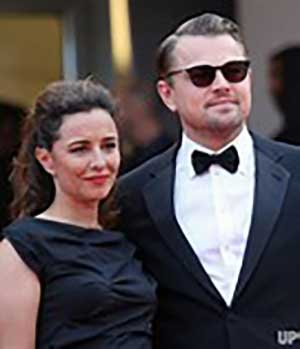 ICE ON FIRE premiered at Cannes to rave reviews and an inspired response. It is directed by Leila Conners of Tree Media. Conners rejoins actor/producer Leonardo DiCaprio, with whom she made THE ELEVENTH HOUR that also debuted in Cannes in 2007. DiCaprio produces and narrates ICE ON FIRE. With stunning cinematography of a world worth saving, ICE ON FIRE was filmed across the globe, from Norway to Alaska, Iceland to Colorado, Switzerland to Costa Rica, and California to Connecticut. It features firsthand accounts from people at the forefront of the climate crisis, with insights from scientists, foresters, farmers, innovators and others. 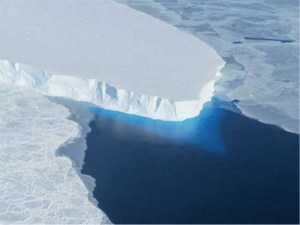 A major ice sheet in western Antarctica is melting; its collapse could raise the global sea level to dangerous levels for coastal residents.

The film asks the question: “Are we going to let climate change destroy civilization, or will we act on technologies and natural climate solutions that can reverse it?” ICE ON FIRE features never-before-seen solutions- depicting the many ways we can reduce carbon in the atmosphere – paving the way for temperatures to go down, and saving civilization. Its stunning cinematography sets the stage for a deep hope that we can turn away from the brink of disaster. The film shows dramatic arctic science with methane releases from the ice. Reviewers suggest it as “essential viewing for anyone who plans to carry on living on the planet.” Its approach is not simplistic but does manage to convey the scientific basics in a way that is understandable by a lay audience.

The film asks: “Is it Game Over? Or…. Is it Game On? We have the creativity, ingenuity, resources and vision to reverse climate change. Do we have the will?” This film builds on the drama now- 11 years after THE 11th HOUR. They ask “We now know how to fix the climate change problem, so Why Don’t We Just Do It!”